This really makes me sad. I got this little Bartlett pear tree about 10 years ago and it’s produced a lot of fruit. Last year it got fire blight and I excised a lot of the tree hoping to keep it from spreading. But suddenly this week, when it’s been raining almost as much as it’s been not raining, the blight returned with a vengeance. 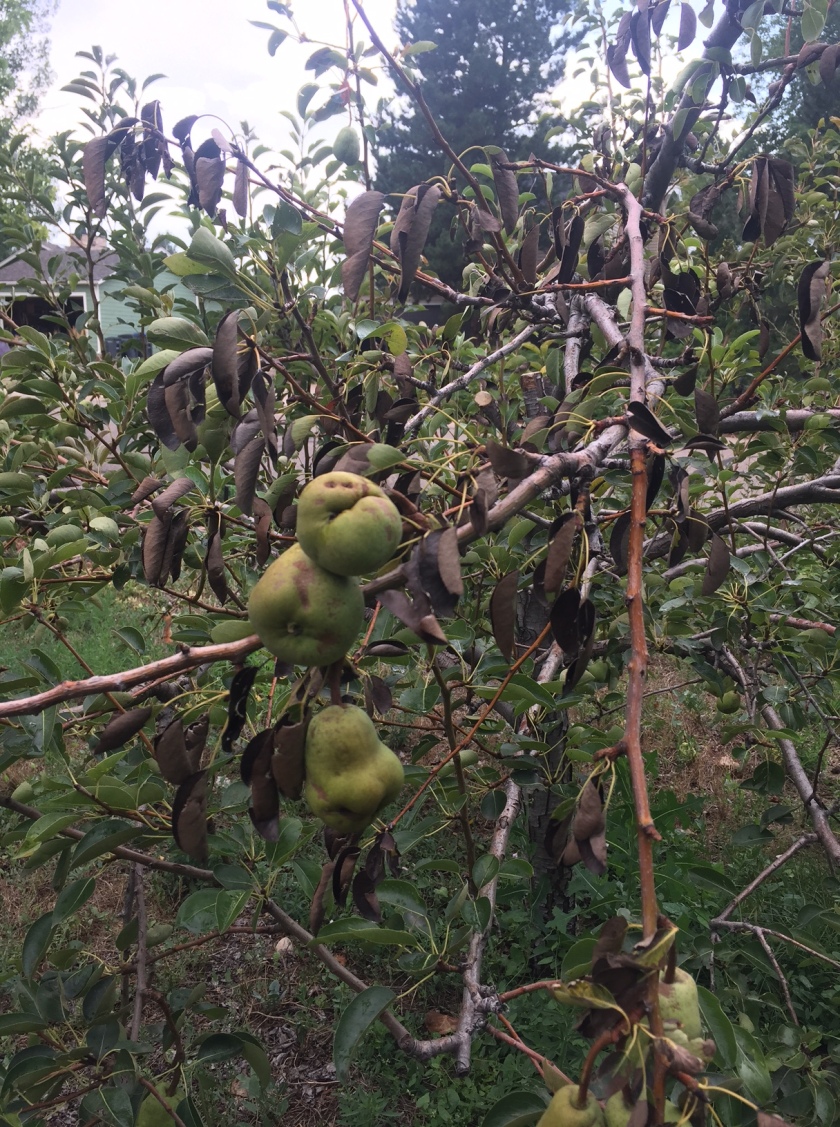 This is bad. I might call a tree surgeon. I have medicine for this type of infection, but by the time I bought it the tree had set fruit. Label says not to use it once there’s fruit. I really let this tree down by procrastinating the treatment.

There’s a noticeable reduction of wildlife in my yard. At dawn and dusk we’re used to seeing something we call the Bird Show, where a community including (but not limited to) Robins, sparrows, finches, juncos and chickadees would be active in the yard and garden. I can still hear the chickadees and I know Robins and the others are around, but I’m pretty sure the action has died down this year. It’s not for lack of bugs or seeds, I think. And I’ve only seen one snake this year, but that doesn’t mean they aren’t around. They hide. Hawks and corvids (jays and crows) will eat them – you don’t want to be a snake in your next life. It’s tough.

Anyway, here’s a bean called Fort Portal Jade, which look like little beads of sea glass when mature and dried:

I don’t think my crappy iPhone 6 camera captured their bluish-green tones. They grow and mature fast, having put these out in July. I imagine they’d be great for zones with short growing seasons. I did eat the green beans fresh for awhile in June, and they were good, but it’s worth letting them mature for these pretty seeds. I haven’t had enough dried beans to cook yet so I don’t know how they’ll taste. The only downside to growing these is that they’re a bush type, so it limits how much you can grow in a small space. Not that they aren’t productive, they are, but you really multiply your harvest with pole beans that have a small footprint and >6 feet of vertical growth. Some of mine are climbing the corn, others trellises, poles and the garden fence: 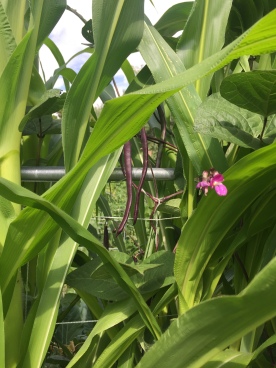 Corn was knee high by the fourth of July, now over six feet 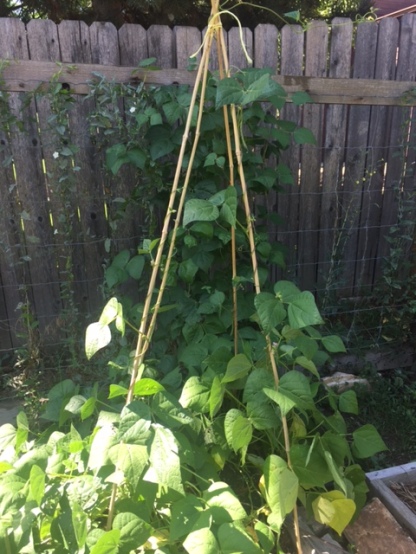